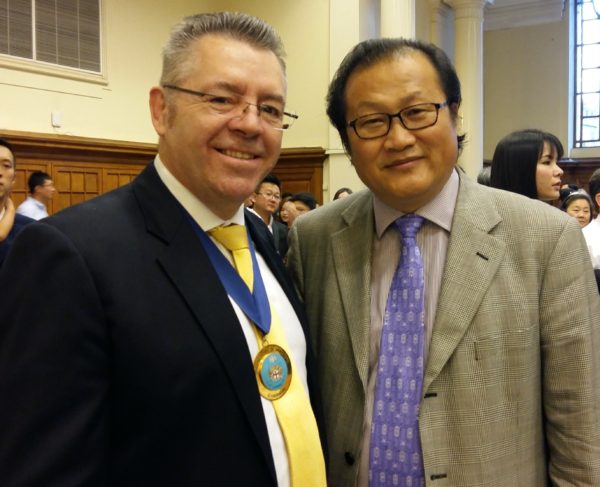 David Stringer-Lamarre, within his role as Chairman of the Institute of Directors, City of London, was pleased to have been invited to attend this performance of the China Conservatory Orchestra.

The pre-concert reception provided an opportunity to speak with the Conductor, Kuan Naichung and several of the musicians, as well as members of the diplomatic, government and business communities.

During the reception, several speeches were made including by Minister Counsellor Jin Zu of the Chinese Embassy and by Paul Double, City of London Remembrancer.