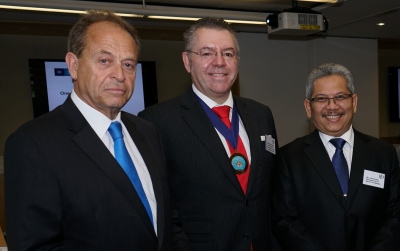 David Stringer-Lamarre, within his role of Chairman of the Institute of Directors, City of London was pleased to be the Event Chairman for this timely discussion, held at White & Case, International Law firm.

A welcome speech was made by Gavin Weir, Partner, White & Case. This was followed by introducctory remarks by Minster Ma Hui of the Embassy of the People’s Republic of China.

The speakers and panels members:

The formal proceedings were followed by networking over refreshments.