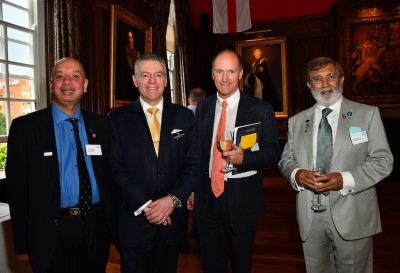 David Stringer-Lamarre, MD of FortisCL, within his role as Chairman of the Institute of Directors (IoD), London Region, was pleased to attend this event within the remarkable Armoury House, Honourable Artillery Company. This is the oldest regiment in the British Army which operates as an Intelligence, Surveillance and Reconnaissance Regiment and deploys frequently on operations.

The welcome address was delivered by the Chairman of IoD City of London, Alderman Alastair King.

Lt Col Jon Chorley, HAC spoke about the history and work of the regiment.

Major General Jonathan Shaw CB CBE delivered a fascinating speech about cyber threats, security and the need for ‘ownership’ of cyber security to be at board level.

There was a raffle in support of the Lord Mayor’s City Giving Day.