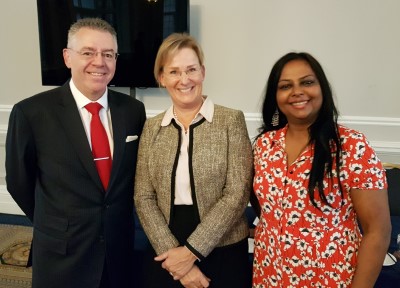 David Stringer-Lamarre, MD of FortisCL, within his role as Chairman of the Institute of Directors (IoD), London Region, attended this important event at the IoD in Pall Mall.

He said that it was an informative and interactive gathering. He added that it was a good chance to catch up with members of the Board and the Council, who engaged very well with the members during and after the meeting.