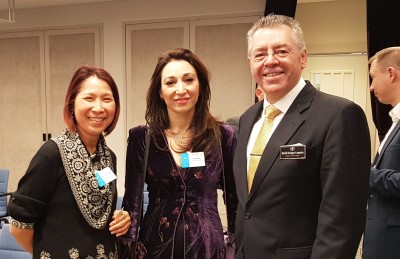 The theme of the event was ‘International Trade Special Interest Group Launch; Does Exporting Drive Growth and Profitability?’

The panel was chaired by the Chairman of IoD Central London Branch, David Gordon. The members were:

Various themes were considered including, when to access an export market, how to engage with potential partners and customers, the importance of research, following up on overseas visits and making sure companies have systems in place to deliver on contracts.

Following the panel discussion there was a lively ‘question & answer’ session, which was followed by networking.