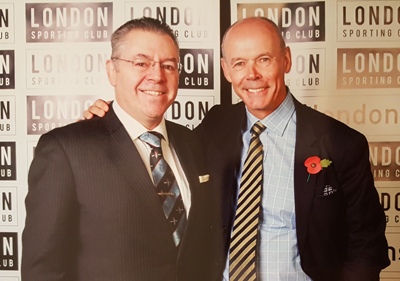 David Stringer-Lamarre, MD of Fortis Consulting London, was pleased to have been invited to attend this event organised by the London Sporting Club and held at the London Capital Club.

Sir Clive Woodward spoke about creating high performing teams and the similarities between sport and business. It was interested to speak about leadership and the importance of passion to succeed.

He discussed the years leading up to the England rugby team’s winning of the World Cup in 2003 and the importance of initiating and driving change.

Sir Clive comments into the world of football and his involvement with the British Olympic teams stressed the importance of developing a deep understanding of the relevant competitive landscape.