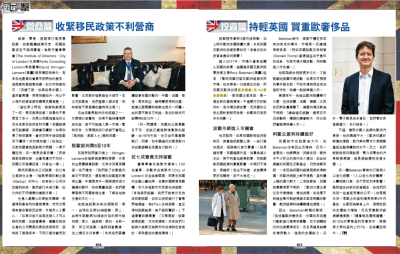 David Stringer-Lamarre, within his role as Chairman of the Institute of Directors, City of London was pleased to take part in an interview with the iMoney Magazine. It is part of the Hong Kong Economic Times Group.

He spoke about some of the implications, opportunities and challenges for companies relating to the Brexit referendum result. David spoke about there being at least four time periods that companies need to consider: now until Article 50 is triggered, the ‘2 year’ negotiation period, a potential transition period and ‘the new arrangement’ between the EU & the UK.