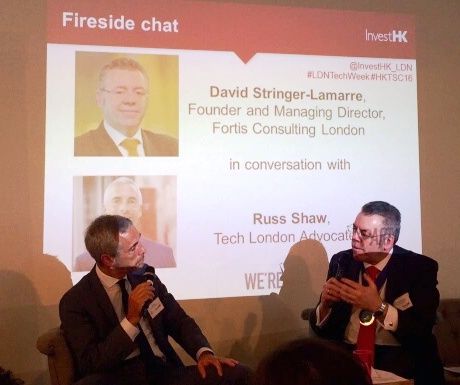 David Stringer-Lamarre was very pleased to participate in this wide event, alongside other members of the Institute of Directors, City of London, team and our partners from InvestHK.

David discussed the attributes of Hong Kong and London ‘in conversation’ with Russ Shaw, Chairman of Tech London Advocates

David and Andrew Davies joined forces to deliver the closing remarks, which were followed by a high energy business networking session.