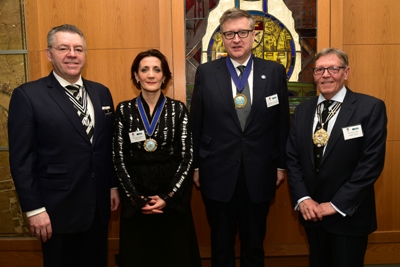 David Stringer-Lamarre, MD of FortisCL was very pleased to attend this 100+ person event at the Worshipful Company of Glaziers’ Hall on the banks of the River Thames.

He is a Court Member of the Worshipful Company of Glaziers and Chairman of the Institute of Directors (IoD), London Region.

David spoke about the work of the IoD London Region and made some introductory comments about the Glaziers, whose date of origin is ‘lost in the mists of time’; the oldest record is from 1328.

A welcome speech and details of the history of the Glaziers and their present day activities was delivered by the Master Glazier, Keith Barley MBE.

Networking after the formal proceedings took place in the River Room with its famous views across the City.