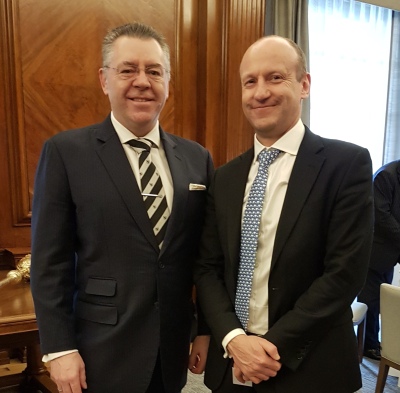 David Stringer-Lamarre, MD of FortisCL, within his role of Chairman of the Institute of Directors, London Region, was very pleased to have been invited to attend the ‘Cities of London  & Westminster Luncheon’ at Old Marylebone Town Hall.