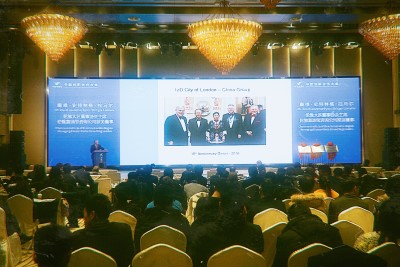 David Stringer-Lamarre, MD of FortisCL and Chairman of the Institute of Directors, London Region, was pleased to speak at this important conference in Nanjing, China.

The conference was attended by Nanjing officials, leaders of the Jiangling Development zone and many top business people, engineers and scientists, including Edward Moser, a Nobel Prize winner.

David spoke about the work of FortisCL in cross-border trade, the activities of the Institute of Directors in the UK (including the IoD City of London China Group) and innovation.

With respect to innovation he spoke about the importance of diversity of thought to the creative process. David said that it was important for organisations, large and small, to have flexible systems in place to encourage and support different views to be expressed and considered.