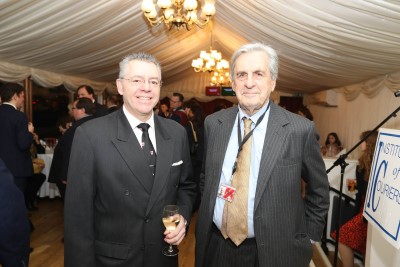 David Stringer-Lamarre, MD of FortisCL and Chairman of the Institute of Directors, London Region, was pleased to attend this Institute of Couriers (IoC) prestigious event in the House of Lords. 12 new Fellows were admitted and gowned during the ceremony.

A welcome address was delivered by IoC President Viscount Falkland. This was followed by a speech by IoC Chairman Carl Lomas MBE.

Mike Brown MVO, Commissioner, Transport for London, spoke about the importance of infrastructure and the challenges of working in a global city.