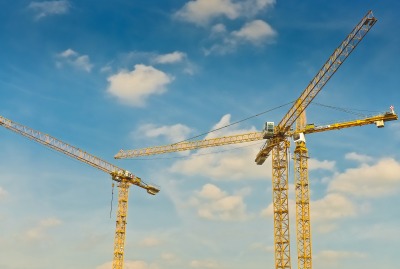 Construction is one of the most important industries in the world with cities crying out for more housing and huge airport, port, infrastructure and industrial installation projects going up around the globe. And yet, according to a report in the Economist this week (Economist August 19th 2017) construction is one of the least efficient industries.

Why? Delays and overspends. According to one expert at the Said Business School at Oxford University 90% of construction projects suffer from late delivery and/or over budget, According to the Economist, Apple’s new Silicon Valley HQ opened two years behind schedule and went $2 billion overbudget. One survey, also cited in the Economist, estimated that 60% of British buildings were delivered late. Even Germany’s reputation for industrial excellence is failed by its construction industry. Berlin’s Brandenburg airport, due to open in 2012, is still plagued by building errors and is six times over its estimated $1.2 billion cost and still closed.

Worst of all is the comparative lack of productivity, in spite of the industry’s continued growth. The Economist cites two factors, a conflict of building codes both intra and internationally and a dependence on labour rather than capital expenditure on, for example, project management software and training.

What this analysis takes for granted or fails to take into account is cultural engagement. Most major projects are run as JVs or as a result of M&As, frequently involving international partners. In Fortis’ experience, due diligence failure on management expectations, different approaches to operations management and decision making as well as labour expectations, operating conditions and different legal limitations all cause delays and exasperation on the part of constructors and clients.

It is failure of cultural engagement and poor communication that causes problems to fester, delays to lengthen and costs to increase to loss making proportions. Partnering with leading specialists to advise and help resolve construction project problems can greatly add to the success probability of projects.