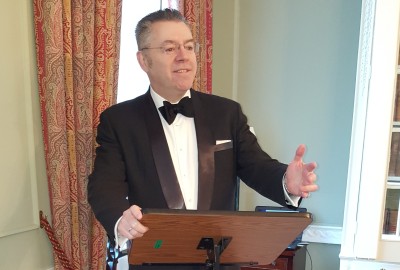 Payne Hicks Beach. Lincoln’s Inn, London. David Stringer-Lamarre was pleased to have been invited to make a presentation regarding Brexit at this London law firm.

David provided a up to date assessment of the Brexit process and spoke about some of the challenges and opportunities that may face UK based companies. Following a consideration of some of the financial indicators David spoke about the need for businesses to assess their own position within the several possible stages of the Brexit process. These include now until Article 50, 2 year negotiation period, possible interim arrangement/WTO, new trading relationship between the UK & the EU (and indeed other countries).

David Stringer-Lamarre wore Black Tie as he had to go directly to the Business & Investment Dinner at the Mansion House.