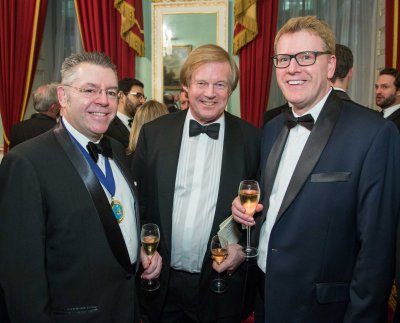 David Stringer-Lamarre, within his role as Chairman of the Institute of Directors, City of London was very pleased to have been invited to the Business & Industry Dinner at the Mansion House.

The Rt Hon the Lord Mayor Alderman Dr Andrew Parmley welcomed the attendees and provided some remarks, noting strongly that London and the UK was ‘open for business’. The Lord Mayor stated that it was important for the UK to maintain good relations with the EU and the member states that comprise it. He mentioned that the City of London was built upon entrepreneurial spirit and that it was was open to UK talent and international talent. The Lord Mayor encouraged people to support three principles: free trade, ambition & openess.

A speech was made by The Rt  Hon Greg Clark MP, Secretary of State for Business, Energy & Industrial Strategy wherein he emphasised the Government’s intention to work towards a good deal with respect to Brexit.