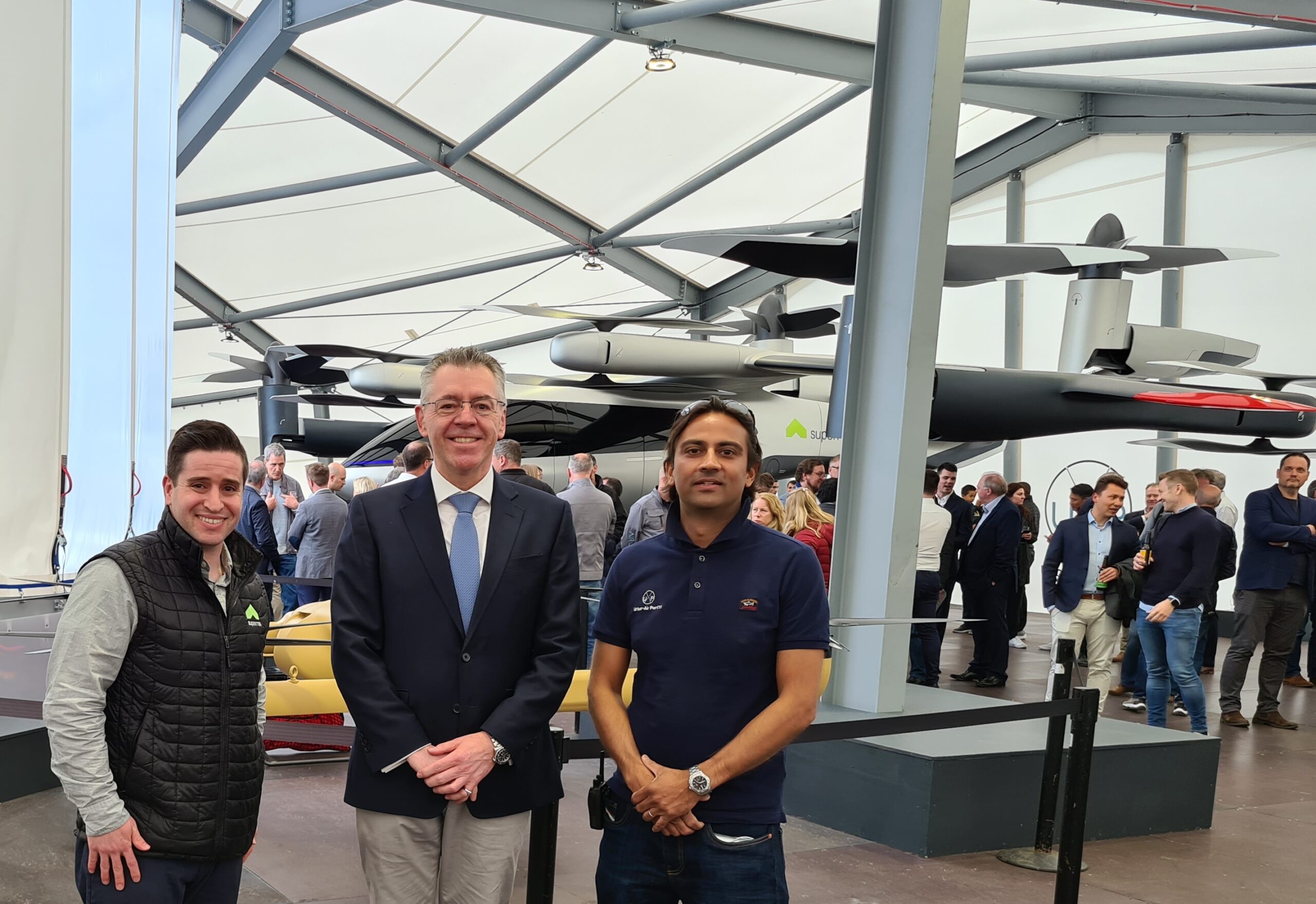 David said that the four person air taxi (back of image) was fascinating, as were the speeches by Ricky Sandhu and Adam Slepian.