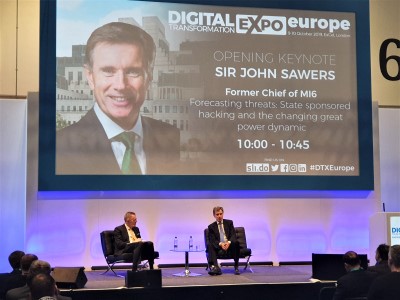 David Stringer-Lamarre, MD of FortisCL and Chairman of the Institute of Directors, London Region was pleased to introduce and conduct an interview with Sir John Sawers, Former Chief of MI6. This was the keynote opening event of at ExCel in London. Sir John was also a high achieving public servant, Ambassador to Egypt and Ambassador to the United Nations.

The ‘standing room’ only session covered a wide range of topics including return to ‘great power’ politics, the increase of populism and the drive to create technology companies in Western Europe and North America. There was also a discussion of the balance to be struck between wishing to attract Foreign Direct investment and the need to safeguard ‘home grown’ industries on the grounds of national security.