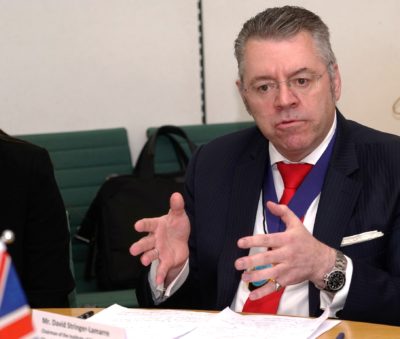 David Stringer-Lamarre, within his role as Chairman of the Institute of Directors, City of London was pleased to have been asked to attend this meeting with a high level delegation form Sichuan Province in China hosted by Barry Sheerman MP.

The delegation was led by Senior Vice Governor, Mr Qumu Shiha, Standing Committee of Sichuan Provincial Government, who provided a clear description of economic activities within the region.

Barry Sheerman MP discussed the UK economic and cultural capabilities and underlined the deep friendship between the countries.

Professor Alan Barrell spoke about the UK excellence in the field of education and research.

David took the opportunity to speak about the IoD, including IoD City, and its China Group. He also spoke about London’s FinTech expertise, the strengths of the City, and London as a leading global capital, that, as usual, is ‘open for business’.