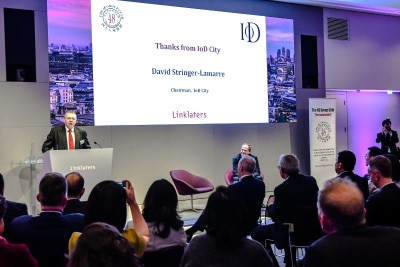 A video was played of the Chairman of the 48 Group Club, Stephen Perry, meeting with the President of China, Xi Jinping, in Beijing.

Minister Counsellor, Economic & Commercial, Madame Bao Ling provided an insightful presentation about UK, China and Global themes. This was followed by a one to one discussion with Stephen Perry.

David Stringer-Lamarre, on behalf of IoD City of London delivered some comments about UK-China relations and thanked Minister Counsellor Bao Ling and Chairman Stephen Perry for their significant input to the event.