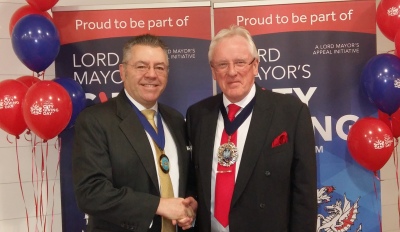 David Stringer-Lamarre, within his role as Chairman of the Institute of Directors, City of London, was pleased to attend this launch of the Lord Mayor’s City Giving Day 2017.

This event included the unveiling of the City Giving Day 2016 video which showed the wide array of companies that took part and the varied fundraising activities that they undertook.

The Lord Mayor thanked the various companies and organisations for their input in 2016 and encouraged them to do even better in 2017. The Lord Mayor also declared his initiative to involve other cities in the UK to embrace the concept.