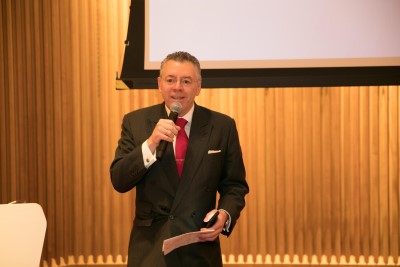 David Stringer-Lamarre, MD of FortisCL and Chairman of the Institute of Directors, London Region, was pleased to speak at the launch event of CENTI (China Europe Networks of Technology and Innovation) at Salter’s Hall in the City of London. He spoke about the work of the Institute of Directors in London and the UK, the strong links between London, the UK and China, his recent visit to Nanjing and the various opportunities for mutually beneficial collaboration between British and Chinese companies.