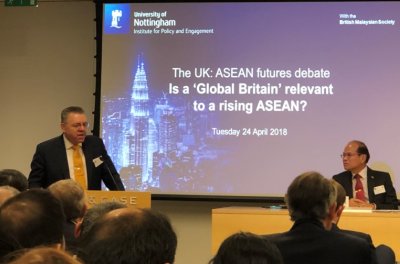 David Stringer-Lamarre, MD of FortisCL, within his role as Chairman of the Institute of Directors, London Region, was pleased to make some comments at this University of Nottingham and British Malaysian Society event held at White & Case in the  City of London.

There was a wide consideration of issues including, what was meant by ‘Global Britain’, the capacity of the UK Government to effectively engage with ASEAN as well as other international markets, the need for talent with the UK, the need for British business to understand how to engage with the countries within ASEAN and vice versa and shift of future economic growth to ‘the East’.