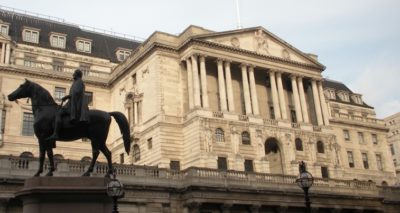 Consumers feeling fine, but income squeeze on the horizon

In response to a host of economic data released this morning, including UK service sector,consumer trends and current account, Michael Martins, Economist at the Institute of Directors, said:

“Official statistics continue to give us a mixed picture of how the economy is faring. Although the current account deficit widened, this trend will likely reverse as the trade deficit has shrunk since the referendum because of the depreciation of sterling. The trade deficit will likely not close fully because many service exports are not sold on a price point basis but on quality, while manufacturing exports, given their high sunk cost, long time horizons, and dependence on imported intermediate inputs (often from the EU), mean that we’re likely seeing existing contracts being honoured, not new ones being signed.

“In the month following the referendum, consumer spending and the service sector were both resilient and have kept the UK’s economy buoyant, likely because just over half of the British population is happy with the referendum result and so have not curtailed spending. At the same time, several trends make this unlikely to continue. Sterling depreciation following the referendum result will lead to increased inflation as the cost of imports increases. Sterling will likely depreciate further once article 50 is triggered. Given that the UK imports much of its essentials like food and energy, a depreciated sterling will hit both households’ disposable income and businesses’ input prices. As firms’ bottom lines come under pressure, it is likely that they will continue to cut back on investments like wage increases, decreasing real disposable income.

“Once article 50 is triggered, heightened uncertainty will also lead to an increase in the savings ratio. These trends will likely lead to reduced consumer spending and increase the pressure on businesses’ bottom lines. Firms are likely hoarding labour at present until they get a better idea of what the UK’s future relationship with the EU will look like. If business like the look of the emerging EU deal, they will hold onto workers, but if they don’t, they will likely shed jobs.”

Go to the Press Release