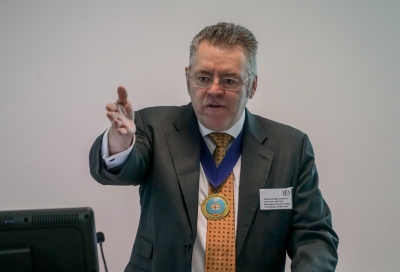 David Stringer-Lamarre, within his role as Chairman of the Institute of Directors, City of London, was pleased to be the Event Chairman for this event at Coventry University London Campus.

An informative set of presentations were followed by a question & answer session. Various topics were covered including the interface between innovation and regulation, with respect to the Modern Slavery Act the need for companies to understand and check their supply chains and the possibility of bid data analytics to discover uncommon activity and predict future market abuse. A recurrent theme was the debate between access to data and the right to privacy.