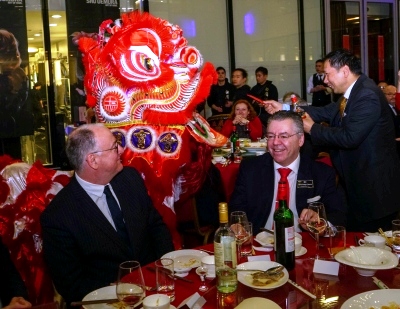 David Stringer-Lamarre, MD of FortisCL, within his role of Chairman of the Institute of Directors (IoD), London Region, was pleased to attend an exuberant IoD City of London, Chinese New Year Banquet.

He was pleased to make some remarks about IoD London Region and the strong IoD City of London Branch.

Minister Counsellor Ma Hui of the Embassy of China delivered a speech regarding the UK – China relationship. The Minister noted that the rapport between the two countries was very important and that it has been upgraded to ‘Golden Era 2.0’. The Belt Road Initiative presented opportunities for British and Chinese companies. 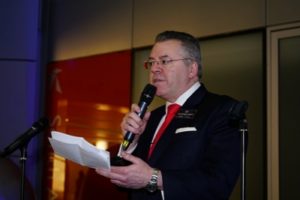