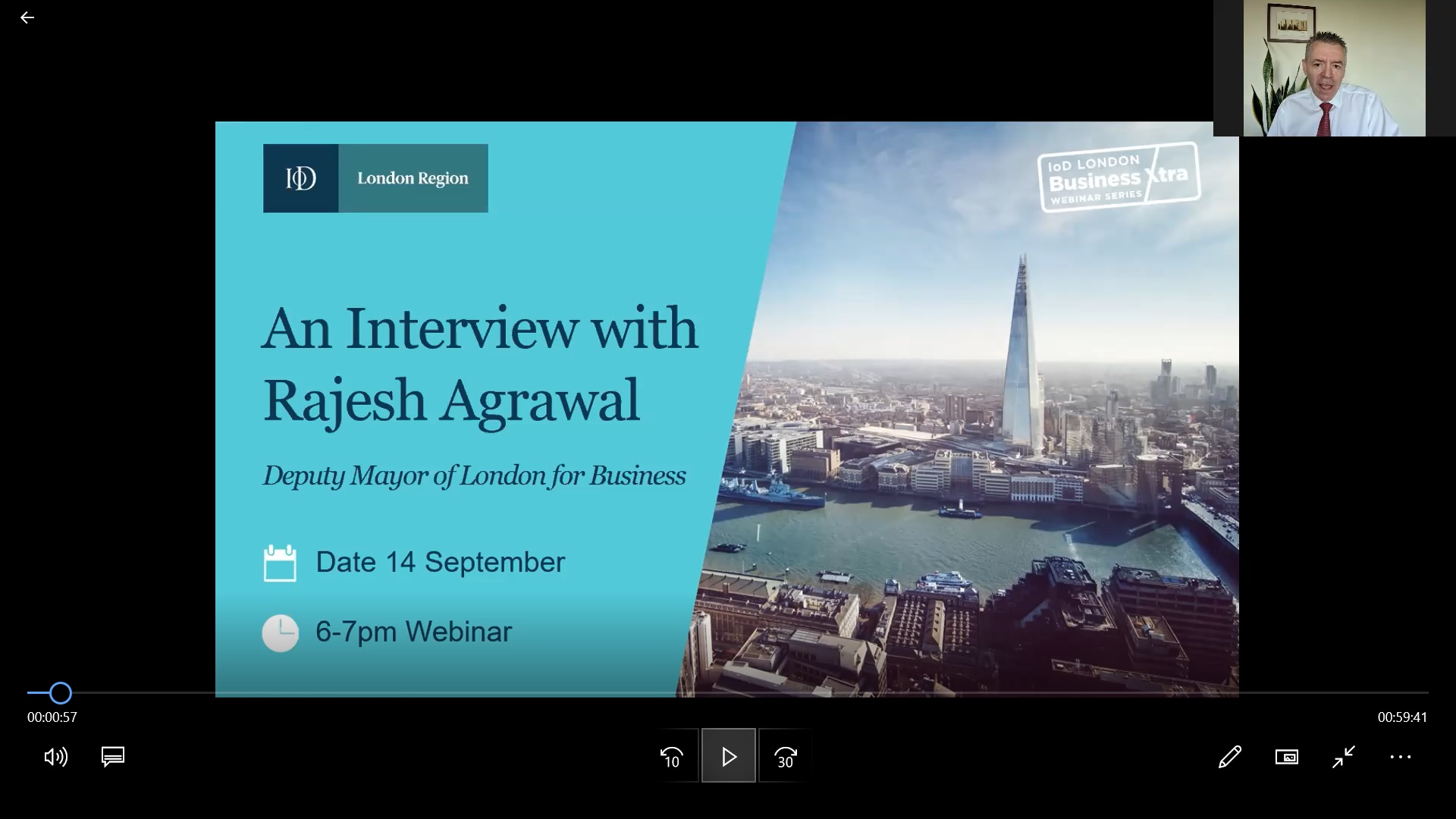 David Stringer-Lamarre, MD of FortisCL and Chairman of the Institute (IoD), London Region, was pleased to deliver the opening comments for this event, which was organised by IoD City of London Branch.

The interview conducted by the Chairman of IoD City of London, Alderman Alastair King, was engaging and wide ranging in its topics. It was good to hear Rajesh comment with respect to the role of the IoD that the organisation was undertaking an ‘incredible role as the voice of business’. Also that the IoD ‘needs to support entrepreneurs and businesses, and you are doing a great job of that.’