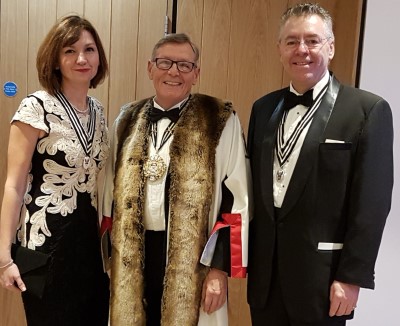 David Stringer-Lamarre, MD of FortisCL, within his role as a Court Assistant of the Worshipful Company of Glaziers & Painters of Glass, one of the ancient Livery Companies of the City of London, was pleased to attend this event.

The Installation Dinner is where one Master, Keith Barley MBE hands over to the new Master. Andrew Lane will serve as Master for 2018/19. The ‘previous Master’ then becomes the Deputy Master.

Grace was said by the Honorary Chaplain, The Reverend Christopher Kevill-Davies.

The Master, Andrew Lane, spoke and described his objectives for the coming year.

The Guest of Honour was Professor Sir Drummond Bone who spoke about the higher education system in the UK and its engagement with wider society.