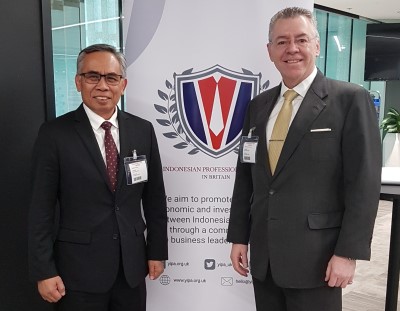 David Stringer-Lamarre, MD of Fortis Consulting London, within his role as Chairman of the Institute of Directors, London Region was pleased to be invited to speak at this event. The Indonesia Executive Roundtable with Dr Wimboh Santoso, Chairman of Indonesia’s Financial Services Authority. This was organised by the Young Indonesian Professionals Association. The Institute of Directors (IoD), City of London, was a support organisation.