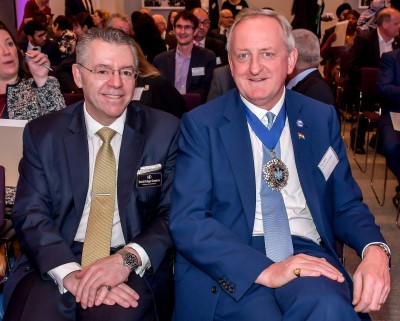 David Stringer-Lamarre, MD of FortisCL, within his role as Chairman of the Institute of Directors, London Region, was pleased to attend this Institute of Directors (IoD), City of London Branch event, held at Linklaters. This was the launch event of the South Asia Special Interest Group. The Branch was honoured to have The Rt Hon the Lord Mayor of London, Peter Estlin, present.

The proceedings were opened by IoD City of London Chairman, Alderman Alastair King. A welcome address was delivered by Narayan Iyer of Linklaters. Neha Rawtal, Chair of the South Asia Group spoke about the aims of the group and its future activties. This was followed by a speech by Lakshmi Kaul, UK Head of the Confederation of British Industry. A panel discussion followed. The members were: