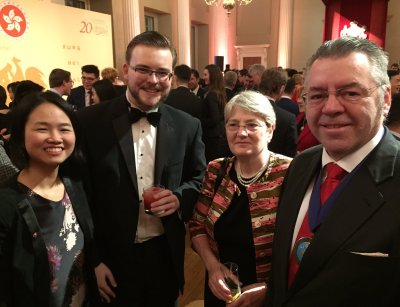 David Stringer-Lamarre, within his role as Chairman of the Institute of Directors, City of London, was very pleased to have been invited to this Chinese New Year reception in the Banqueting Hall in Whitehall.

Priscilla To, Director General of the Hong Kong Economic Trade Office provided the welcoming speech which included a description of the features of the Year of the Rooster.

Baroness Neville-Rolfe, Commercial Secretary to HM Treasury, delivered a speech in replying within which she welcome the strong ties between Hong Hong and the UK and look forward to further strengthening these.

The central message within conversations was that people want to maintain and increase the level of trade & engagement between Hong Kong & the UK.