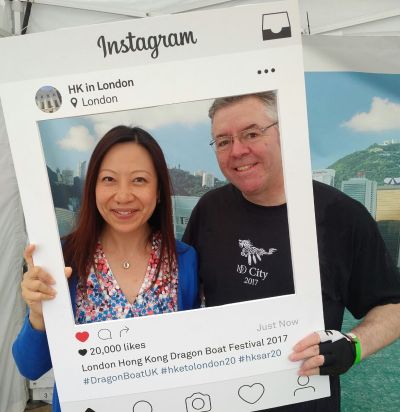 David Stringer-Lamarre was pleased to be a crew member in the Institute of Directors, City of London, Dragon Boat.

The event involved over 40 teams, some professional, competing in a series of intense 200 metre Dragon Boat Races in beautiful, traditionally adorned Chinese boats. Each team comprised 17 or 19 racers plus a drummer who sat in the bow to motivate and co-ordinate the paddlers.

The IoD crew of 17, the vast majority of which had never been in a Dragon Boat before, paddled very well together as a new team and were rewarded by an entry into the semi finals of the competition.