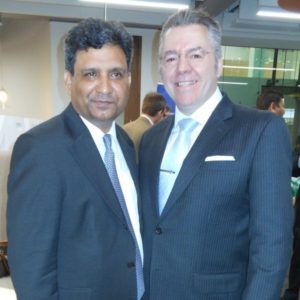 David Stringer-Lamarre, within his role as Chairman of the Institute of Directors, City of London, was very pleased and honoured to have been invited to attend this event by Shuchita Sonalika, Director & Head of the Confederation of Indian Industry UK.

Dr Virander Paul, Deputy High Commissioner of India to the UK, has very positively contributed to UK India relations during his tenure in the UK. The many attendees wished him well for his next posting to Switzerland.