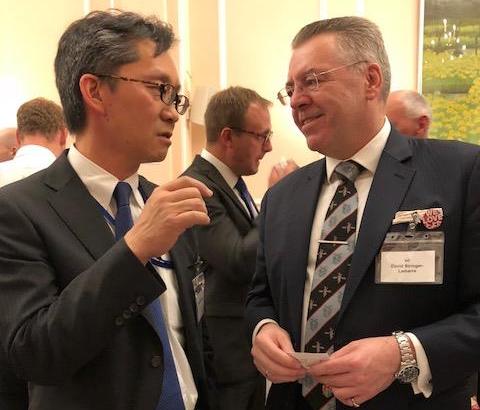 David Stringer-Lamarre, MD of FortisCL, within his role as Chairman of the Institute of Directors, London Region was very pleased to have been invited to attend the Rugby World Cup 2019 – Visit Japan event.

A welcome address was delivered by His Excellency Koji Tsuruoka, the Ambassador of Japan.

This was followed by comments about UK-Japanese relations by Baroness de Souza.