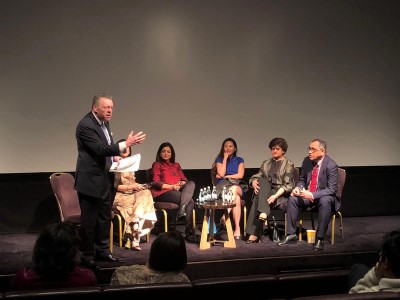 David Stringer-Lamarre, MD of FortisCL was pleased at Chair the panel discussion: ‘Is the portrayal of Rich Asians in the film Over the Top?’