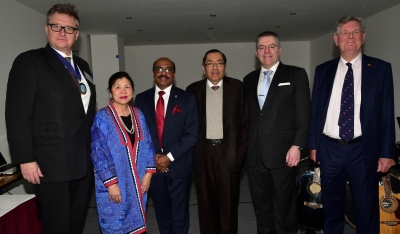 David Stringer-Lamarre, MD of FortisCL, was pleased to attend this Commonwealth Big Lunch to celebrate Her Majesty the Queen’s contribution to the Commonwealth. The event was held at the High Commission of Malaysia in London.

A welcome address was delivered by HE Dato Ahmad Rasidi Bin Hazizi, the High Commissioner of Malaysia

This was followed by a speech by the Chairman of the British Malaysian Society, Dato Anthony Cooper.

The Chairman of the Institute of Directors (IoD), City of London, Alderman Alastair King.