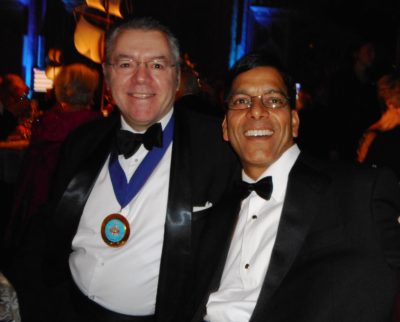 David Stringer-Lamarre, within his role as Chairman of the Institute of Directors, City of London, was very pleased to have been invited to attend this inaugural charity ball organised by the two Sheriffs, Alderman Charles Bowman and Christine Rigden.

The evening was opened by a welcome speech by the Alderman the Lord Mountevans the Lord Mayor of London who thanked the two Sheriffs for their considerable energies with respect to the Ball. Both Sheriffs jointly replied to the Lord Mayor and thanked people for attending.

It provided an excellent opportunity to hear about the considerable charity work that takes place due to donations and assistance provided by people and companies within and near the City of London.

It also allowed for the exchange of views regarding topical commercial matters relating to the City, including ongoing discussions following the result of the UK EU referendum.