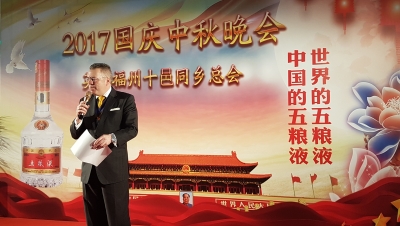 David Stringer-Lamarre, within his role as Chairman of the Institute of Directors, City of London, was pleased to have been invited to attend this event and deliver a speech.

A welcome address was made by Mr Lin Guang, President of the UK Association of Fuzhou Corporation.

This was followed by a speech by LU Haitian, Minster Counsellor of the Embassy of China

David delivered his remarks, noting that it was the 45th anniversary of the establishment of full diplomatic relations between the UK & China. He also noted the importance and opportunities that exist with respect to the One Belt One Road Initiative.

Mei Sim Lai OBE delivered an address within her capacity as a Deputy Lieutentant within London.

This was followed by a speech by Mr Zhang Guocheng, Director-General of the UK Association of Fuzhou Corporation.