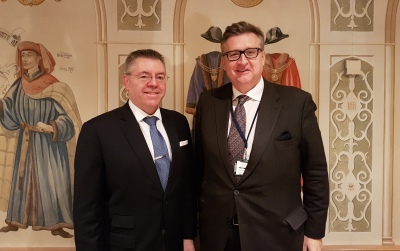 David Stringer-Lamarre, MD of Fortis CL, was pleased to have been appointed as Chairman, Institute of Directors, London Region, which has 6000+ business leaders as members.

He looks forward to working with the Institute of Directors (IoD) Central London Branch and IoD City of London Branch to help make business happen in London, the UK and internationally.

Alderman Alistair King was appointed as Chairman of IoD City of London.