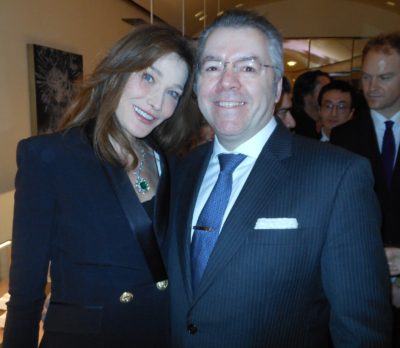 David Stringer-Lamarre was pleased to have been invited to the official opening of Bulgari’s London flagship store.

Carli Bruni officially opened the event in front of a bank of photographers and the assembled guests.

The evening provided an opportunity to catch up with existing friends and meet some new one. As well as conversations about haute couture, discussions covered the global fashion market as well and the UK commercial landscape.

There was a performance by the opera singer Carmen Giannattasio.