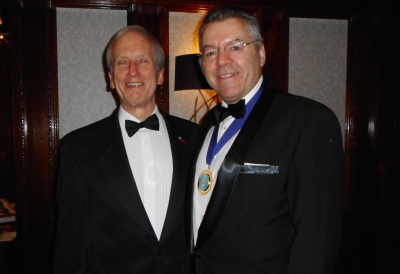 David Stringer-Lamarre, within his role as Chairman of the Institute of Directors, City of London was very pleased to have been invited to attend this splendid and convivial event.

It provided a very good opportunity to hear about the ongoing relationship between the UK and Morocco, the work of the British Moroccan Society and the performance of the Moroccan economy.

The Chairman of the British Moroccan Society, Graham McCulloch OBE, welcomed the guests and provided an update on the work of the group.

Lady Victoria Borwick MP, the Principal Guest, spoke of the strong and positive relationship between the UK and the citizens of Morocco.

There was a raffle and auction in favour of charity.