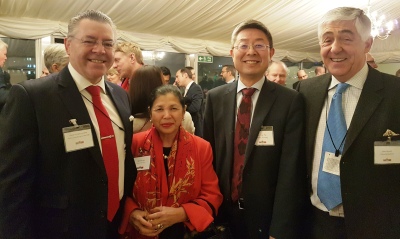 David Stringer-Lamarre, MD of FortisCL, was very pleased to attend the Chinese New Year Reception of the All Party Parliamentary Party China Group (APPCG) in the House of Commons.

A welcome address was provided by Richard Graham MP, Chairman of the APPCG.

Dr Liam  Fox MP spoke about the strength of the relationship between the UK and China. He also noted the opportunities for UK companies presented by the Belt Road Initiative.

HE Liu Xiaoming, the Ambassador of China noted the new era of Anglo-Sino relationships with ‘Golden Era 2.0’. The Ambassador drew attention to the demand for media products in China.