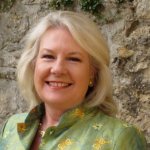 Angela is an experienced, well respected coach and seminar leader in the fields of etiquette, protocol, British culture and education. Angela is an Italian Countess. She has worked with international men and women, business leaders, diplomats and their families. Angela was the Executive Assistant to the Master of Balliol College, Oxford University.

Angela is CELTA qualified (Teaching English Language to Speakers of other Languages) and has prepared students for entry into British boarding schools and leading universities including Oxford and Cambridge.