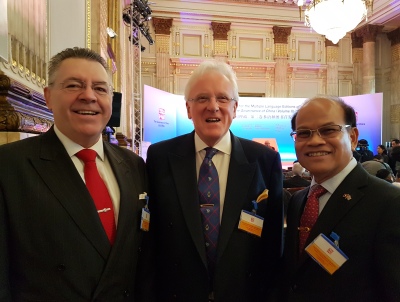 David Stringer-Lamarre, MD of Fortis Consulting London, within his role as Chairman of the Institute of Directors, London Region, was very pleased to attend the occasion of the global launch of the multi-language editions of President Xi Jinping: The Governance of China (Volume 2).

The opening address was delivered by Jiang Jianguo, Minister of the State Council Information Office of China who stated that China was looking at how to build a better world for the global family.

This was followed by a speech by HRH Prince Andrew, within which he stated that the UK & China, two great countries, should continue to work closely together.

HE Ambassador Liu Xiaoming of the Chinese Embassy in the UK spoke of the strong and deepening relationship between China and the UK during the Golden Era.