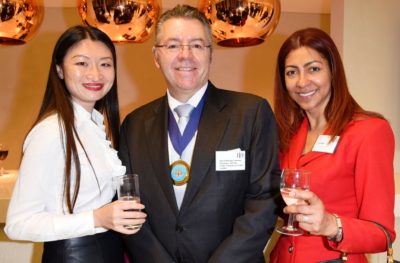 David Stringer-Lamarre within his role as Chairman of the Institute of Directors (IoD), City of London, was pleased to welcome and speak to the attendees at this event held within the iconic Shard.

This event was the official ‘soft launch’ of the IoD, City of London, Young Executives Group, which will specifically focus upon younger existing business leaders and potential ones.

The attendees heard some thoughts about financial investments and ‘short-term’ trading effects from Professor John Thanassoulis, a professor of financial economics.

Jeremy Clarke, Director of Computer Service Centre, a valued sponsor of IoD City of London, spoke about his company and its work in the City of London helping companies with their IT requirements.