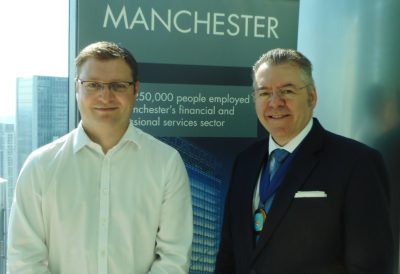 David Stringer-Lamarre, within his role as Chairman of the Institute of Directors, City of London, was pleased to attend this event led by MIDAS (Manchester Inward Development Agency). IoD City of London was a support organisation.

Tim Newns, Chief Executive of MIDAS was the event moderator and the four panel members were:

Many topics were covered including customers ‘stickiness’ with respect to their bank, potential benefits of blockchain, the need for financial services to be more customer-centric and the need for talent.

There was also a discussion about the uncertainty relating to the UK’s future relationship with the EU.