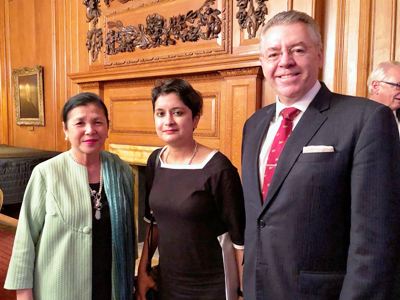 A key note speech was delivered by The Rt Hon Lord Maude of Horsham Former Minister of State for Trade and Investment.

There was a lively question and answer session, followed by a networking session.