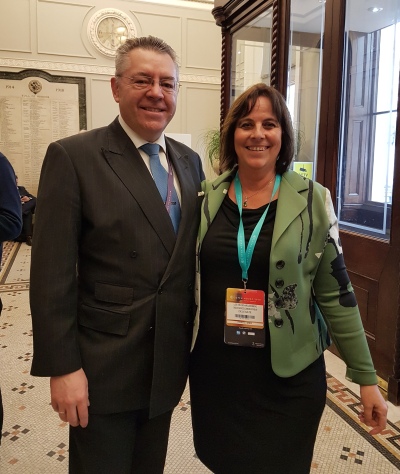 David Stringer-Lamarre, MD of FortisCL, within his role as Chairman of the Institute of Directors (IoD), London Region, had an interesting meeting with Ilse van den Meijdenberg, Chairman of IoD, Netherlands.

During the IoD Open House event in Pall Mall, Ilse and David ‘exchanged notes’ and spoke about how to further strengthen the links between IoD Netherlands and IoD London.