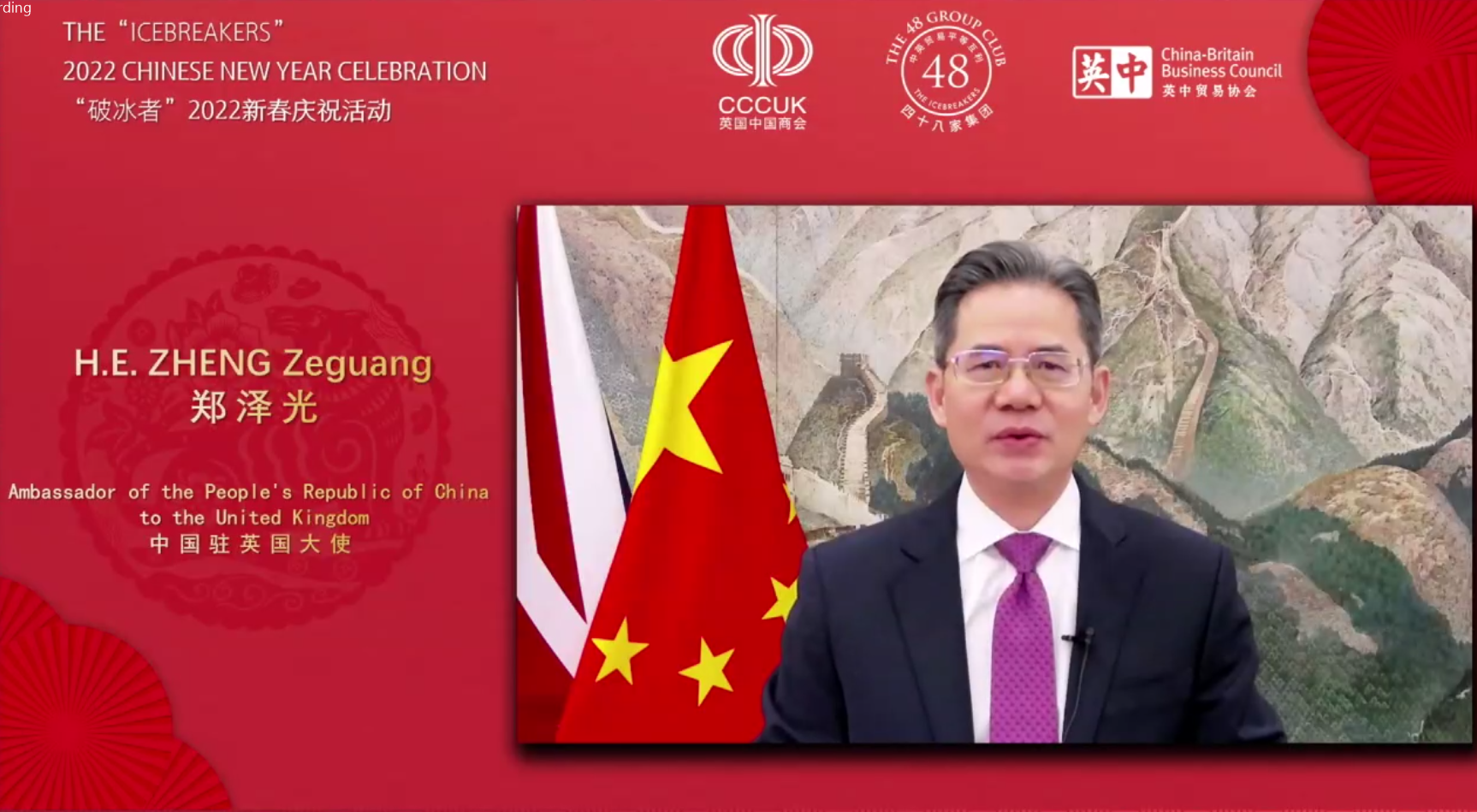 The 48 Group Club – The ‘Icebreakers’ 2022 Chinese New Year Celebration in partnership with the China-Britain Business Council (CBBC) and the Chinese Chamber of Commerce UK (CCCUK). David Stringer-Lamarre, FortisCL MD and Board Member of The 48 Group Club was pleased to attend this online event which included a personal greeting from President Xi of China.

The welcome address was delivered by FANG Wenjian, Chair of CCUK.

This was followed by a speech by HE ZHENG Zeguang, Ambassador of China, during which the Ambassador read out the message from President Xi.

Stephen Perry, Chair of The 48 Group Club, thanked President Xi for his message and the Ambassador of China for his speech.

This was followed by a speech by Sir Sherard Cowper-Coles, Chair of CBBC.

The Rt Hon Lord Hammond of Runnymede delivered his address to the gathering.

Stephen Perry thanked all the speakers on behalf of the guests adding some concluding remarks. This was followed by a Year of the Tiger cooking show, traditional Chinese dance and songs relating to the Winter Olympics in China.