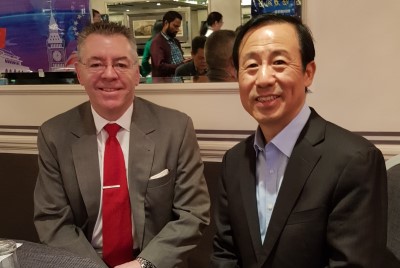 The Governor of Hunan Province, China, Mr Xu Dazhe led a delegation to the United Kingdom. Hunan Province has a diverse economy and a population of 72 million. The event was organised by the Hunan Business Association under the leadership of Mr Chen Qian

David Stringer-Lamarre, FortisCL MD and Chairman of the Institute of Directors, London Region, was pleased to attend and speak at this event. He spoke about the opportunities for UK companies to provide services and goods to Hunan and about the possibility of win-win partnerships for UK-China organisations.