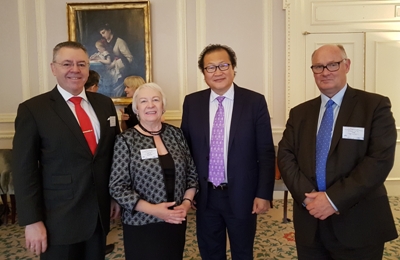 David Stringer-Lamarre, MD of FortisCL, within his role as Chairman of the Institute of Directors, London Region, was pleased to attend this informative event held at the Landmark Hotel, London.

David said that it was a pleasure to meet Mao Chaofeng, Executive Vice Governor of Hainan Province and discuss Anglo-Sino business engagement.

This was followed by presentations by: